You have no items to compare.

You have no items in your shopping cart.

Product was successfully added to your shopping cart.

An Insight into Saft Batteries

This entry was posted on August 17, 2018 by The BuyaBattery Team.

Whether you’ve heard of Saft batteries or not, they are a fascinating and innovative brand that has recently celebrated 100 years in the industry. With its roots in France, but spreading across the globe, Saft is a company that has seized opportunities whether it’s breaking records, travelling to the moon or simply just creating modern batteries for us to use in everyday life.

They are perhaps one of the lesser known battery brands, especially with the likes of Duracell and Panasonic on the market, but that doesn’t mean they are any less important. So, here is an insight into Saft batteries and what makes them stand out in the industry. 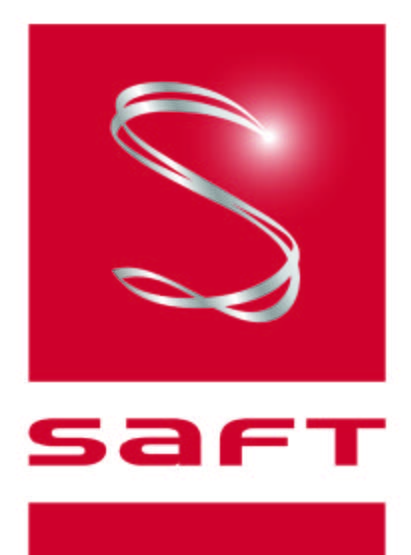 Where did Saft start?

Saft was founded by Victor Herold, who originally worked in the same circles as Thomas Edison. Edison began selling batteries in 1902 in the United States, which was quickly followed by a European license to sell his products. Sigmund Bergmann was the man who obtained the license, setting up a company known as DEAC in 1904.

Victor Herold joined DEAC, but it was eventually sold to a competitor. Herold then opened his own factory in France, which was ready for his new company just as WWI broke out.

In 1917, France suffered gasoline shortages and found a solution in army electric vehicles which were powered by none other than batteries.

Saft batteries were first used commercially to power the electric luggage trolleys in a Parisian train station. This evolved into powering the lights for passenger cars on trains. In 1921, a train with gas lighting caught fire; electric lighting then became mandatory. This paved the way for Saft’s first successful sector.

In 1966, Saft began supplying the batteries for satellites. Batteries are needed to provide power when the satellite passes behind Earth and isn’t illuminated by the sun. Saft knew that batteries for space had to meet demanding needs, such as

Some time later, Saft became involved in Mars exploration, when a rover was sent in the 1990s. Saft’s first experience was with Pathfinder in 1997, with the rover being powered by Li-SO2 cells created by Saft themselves. NASA launched two new rovers 6 years later, with the landing technology relying on Saft batteries to slow the rovers down, deploy parachutes and airbags and fire retro-rockets.

Saft will be involved in Mars exploration again in 2020, as part of the another mission to try and find life on Mars.

In 2003, Saft made its first trip to the moon via the European Space Agency, who sent a satellite into lunar orbit. Saft batteries powered the thrusters that propelled the probe into orbit. This paved the way for electric satellite technology that is used today.

Louis Renault wasn’t the only car connection that Saft has made over the years. Saft batteries have also been used in the world of F1. Back in 2009, a new kinetic energy recovery system (KERS) was used to provide a burst of speed; something Kimi Raikkonen used to win the Belgium Grand Prix. KERS meant that F1 cars had a battery for the first time, and the battery stored kinetic energy that could be used at key points of the race.

KERS was replaced with ERS in 2014, which recovers heat energy as well as kinetic. When the system was introduced, Saft were approached to help teams to maintain battery performance under extreme conditions.

The complex strategy of F1 cars has now stretched to include batteries, such as weight and how many different battery systems are used per year. This presents Saft will the challenge of conforming to regulations while maximising performance.

Alongside their many successes, Saft create a range of modern batteries that can be used in a number of applications. Their Li-SOCI2 lithium batteries are particularly known for being used in security equipment such as wireless alarm systems, electric toll collection machines and utility meters.

These lightweight, reliable batteries still have a lot of potential when it comes to specialist applications. It has been said that Saft batteries can be used for wireless tracking, asset tracking and parking sensors to allow cars to be pointed to the nearest empty space.

The technology means that the batteries are ideal for situations where frequent charging is not possible.

So, next time you buy a Saft battery, remember the rich history and innovation that is behind the name!